Being a Canadian elopement photographer has allowed me to show couples some of the most beautiful spots across Canada, but there is a few places that have my heart. One of those being the Rocky Mountains. Something is so special about driving from Calgary and as you slowly get closer and closer to Canmore and Banff National Park the mountains just appear and all of a sudden engulf you. It has to be one of my favourite drives in the world and still leaves me speechless no matter how many times I do it. Getting the opportunity to show the area in Canmore and Banff National Park to couples is one of my favourite things and when Noelle and Evan reached out to me saying they wanted to elope a week later in Canmore I knew this would be one heck of an adventure with them for their winter Canmore elopement.

Noelle and Evan had just recently moved to Edmonton from Tampa, Florida and this was their first winter living in Alberta. They decided on the same night they got engaged that they wanted to elope and planned to do it the next week! This was such a fun challenge for me to help them plan their Canmore elopement as with a weeks notice we have a lot of ground to cover, but I am always up for the challenge. Being an event planner for seven years really has helped me in planning couples beautiful elopement days. After spending so much time helping them draft their vision of spending the day with their two closest friends who had flown in from both coasts of the USA they wanted to experience and share the rocky mountains with them.

We planned a beautiful sunrise elopement with only the mountains and their friends as witnesses would have the most Canadian of breakfasts - stopping at Tim Hortons of course and then would head out for the late morning to go on a hike into a canyon and a stunning frozen waterfall.

We all met in the parking lot under the light of the moon and the slightest glow of the sunrises behind the mountain peaks and began to walk towards our ceremony location, tucked behind the trees with the most beautiful view of Mount Rundle in the background. Evan had yet to see Noelle so they had blindfolded him which made for a hilarious walk in the snow to their ceremony location! The morning certainly was chilly begin -30 degrees celsius we later realized this was the coldest Noelle, Evan and their friends had ever experienced and certainly made for a memorable morning!

After their ceremony we hopped in Martha their incredible officiants van with the heat blasting and some warm tea to get everyone warmed up while they signed their legal documents. Although this may not seem like the normal way to get married for Noelle and Evan an elopement in Canmore was exactly what they were looking for that was relaxed, simple and adventurous. An elopement offers a unique way to have a day that is completely customized to the two of you. Your day will look very different than someone else's day as I spend so much time with each couple making sure we incorporate into the day what is most important to you.

After everyone warmed up in Martha's van we headed to Tim Hortons to have a true Canadian experience, get some more hot drinks and some food before we headed out on our hike for this beautiful winter Canmore elopement. When I hike with my couples during their elopement day these are where some of my favourite memories come from - we chat, get to know each other so much better, I love hearing their stories and how they got to where they are today as a couple and just being able to share places with them that are like no other. This canyon hike was one of those moments where every time we climbed a hill or turned a corner in the canyon our breath was taken away again. The best thing about getting into the canyon was that the wind was largely cut down keeping us warm on this cold December day.

This beautiful, adventurous winter Canmore elopement was the perfect day for Noelle and Evan that encompassed everything they were hoping for and so much more. The smiles on their faces the entire day no matter how cold it was out told me they loved the adventure in Canmore and truly was the perfect wedding day for them. It is truly such an honour to be able to help couples take their vision for their elopement day and bring it to life and help guide them on memories that will last them a lifetime.

If you love this check out this dreamy day after elopement session at Peyto Lake in Banff National Park! 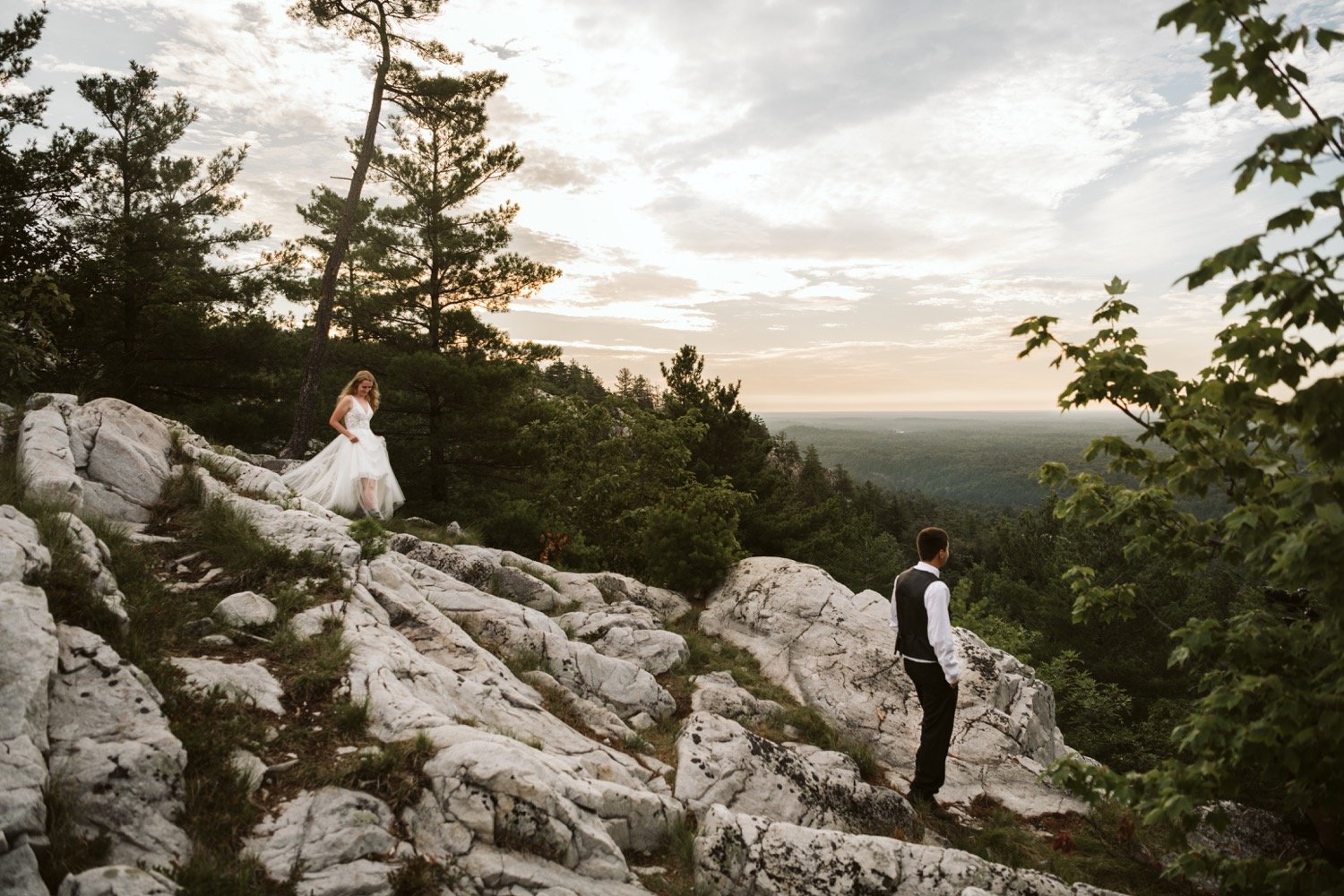 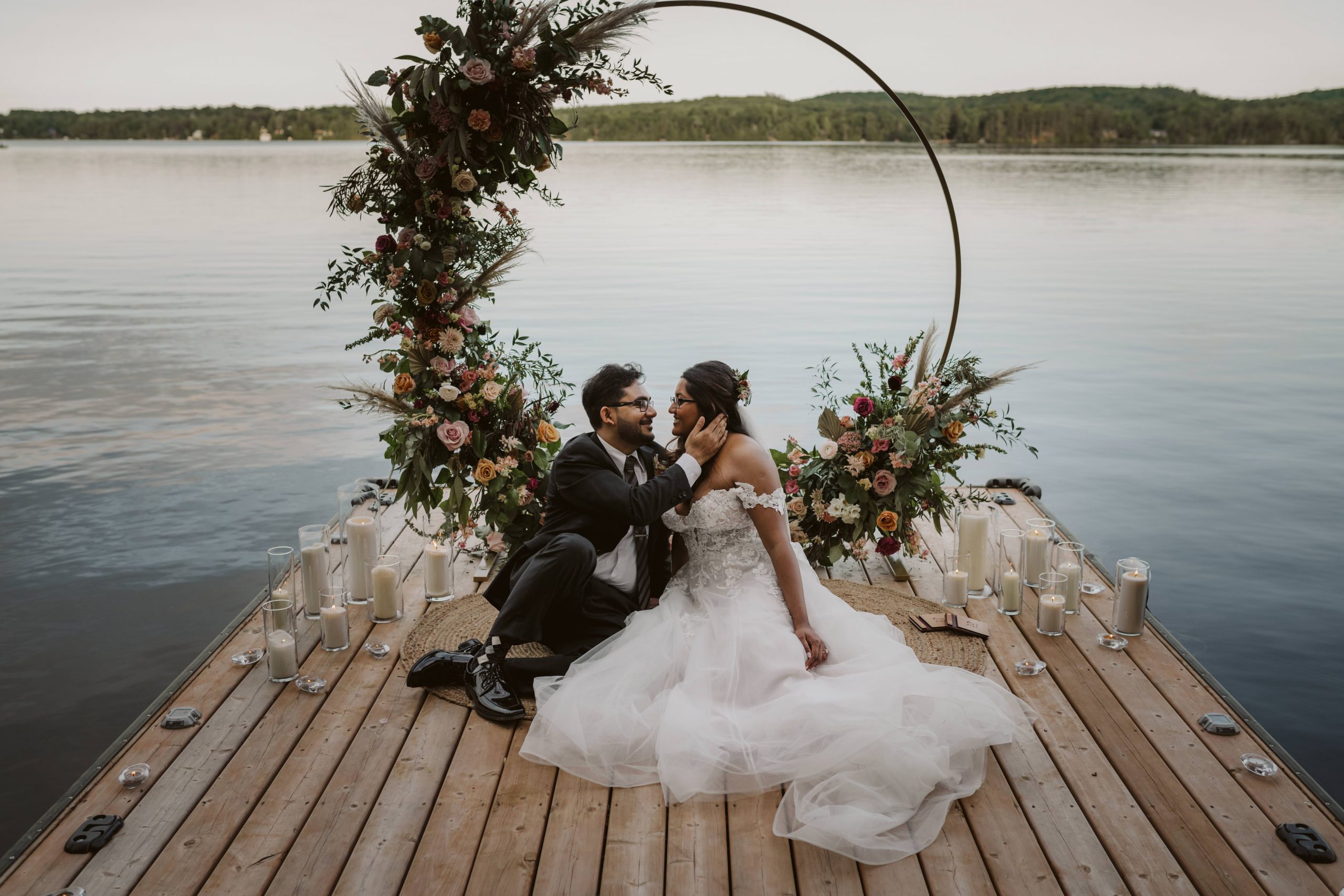 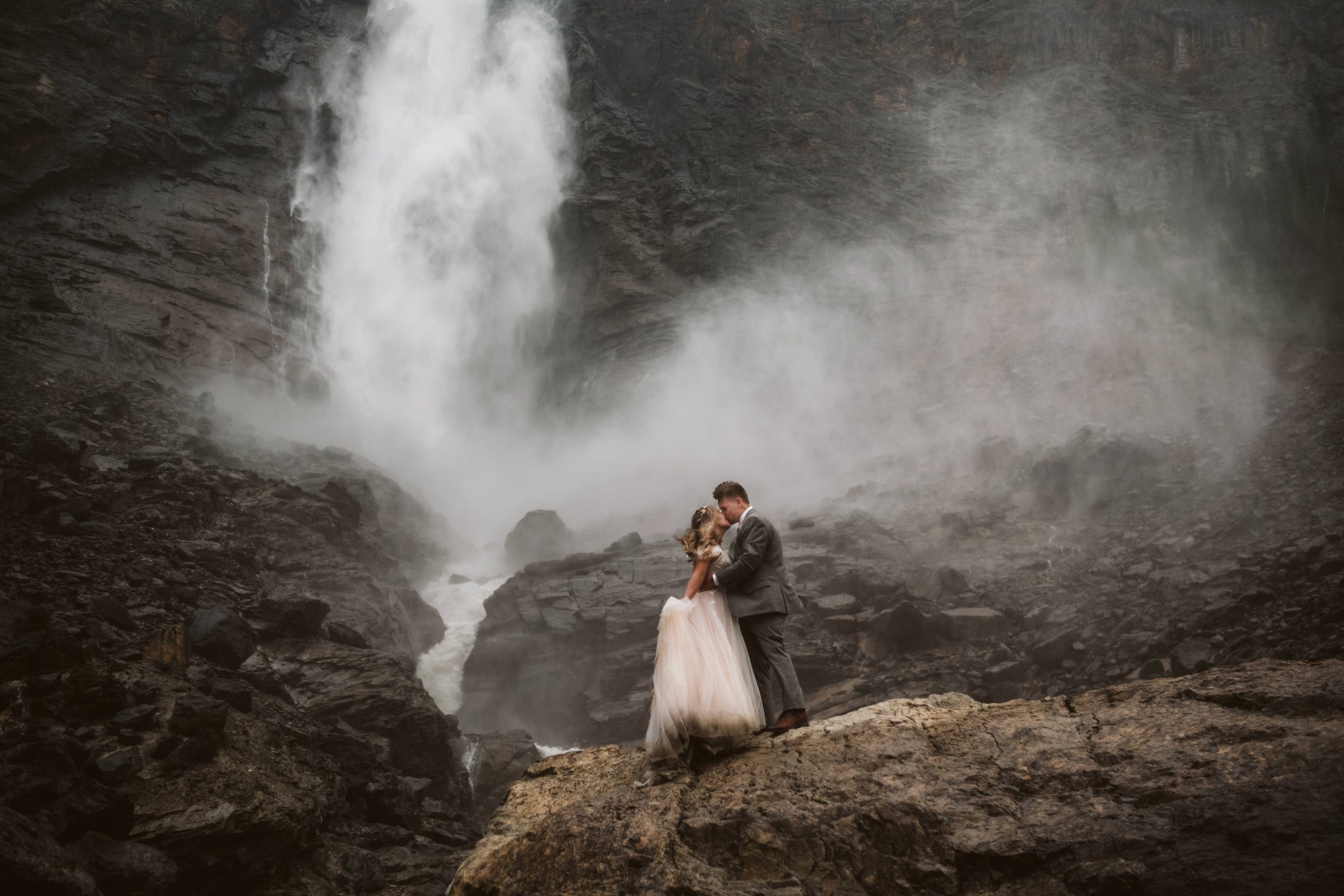