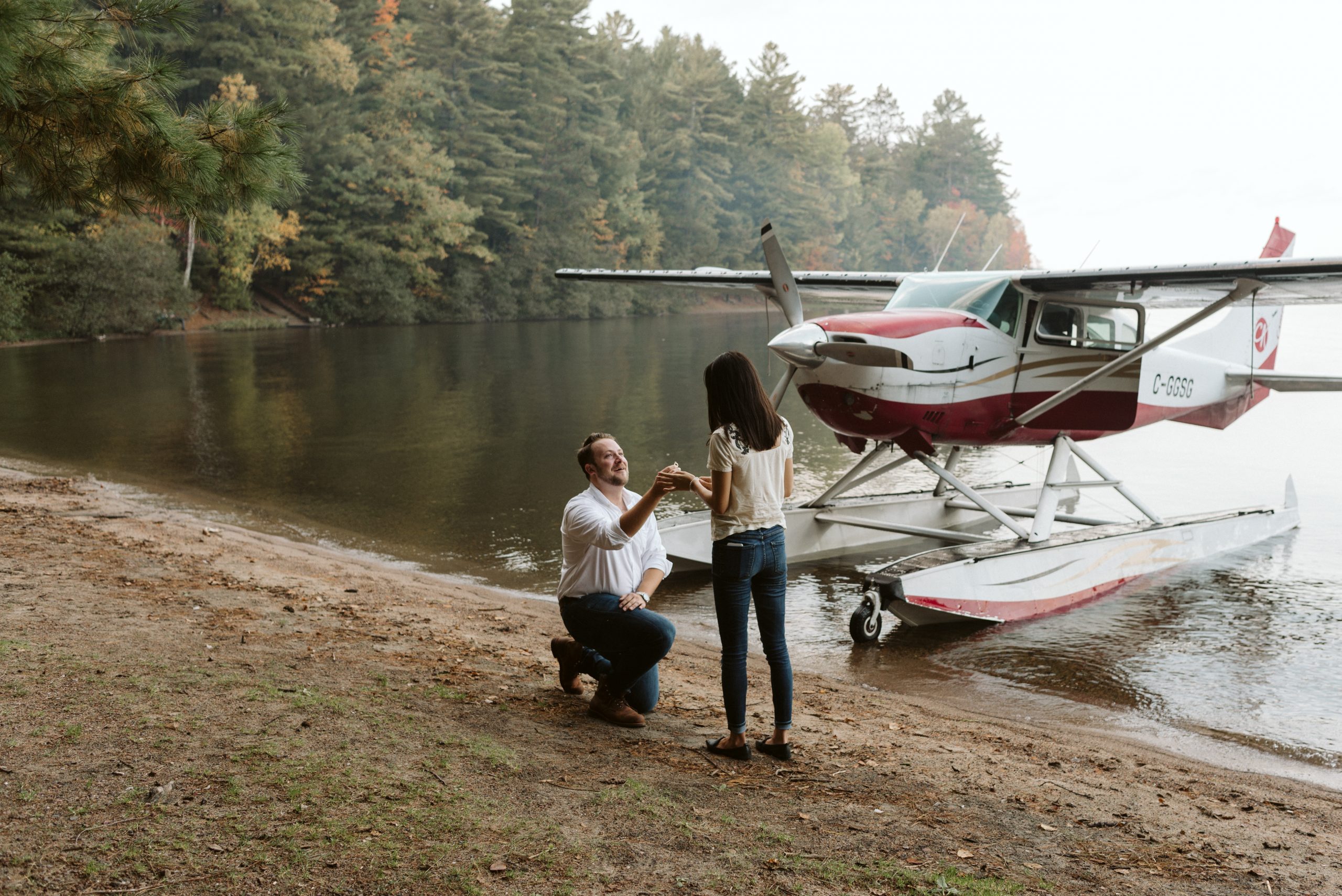 Proposals are such an important milestone in a couples life and honestly it is a day you will never forget. Planning the perfect proposal for your partner is so exciting and equally nerve wracking. This float plane proposal was certainly one that was filled with so many details, took months to plan and multiple people to execute but needless to say it was probably one of the most exciting days of my life getting to be a part of Dylan and Deanne’s start of the next chapter in their lives.

Dylan had thought long and hard about where he had wanted to propose to his Deanne and choose a place that meant a lot of them, which is something I highly encourage all couples to do! He choose Bon Echo Provincial Park, located in southeastern Ontario north of Cloyne. Bon Echo is home to the seventh deepest lake in Ontario (Mazinaw Lake) and one of its defining features is the 100 metre high Mazinaw Rock that has over 260 Indigenous pictographs. Bon Echo was where Dylan and Deanne had their first overnight date three years prior and felt it was fitting for it to be the place he would propose.

Dylan had Deanne enter a fake contest he had set up where you could win a float plane tour over Muskoka to see the fall colours. The day was planned for early October so the fall colours would be in peak. Dylan and my friend Lea who would be the other photographer during this magical moment headed from Toronto towards Bon Echo and I headed off to the airport to meet Deanne. Dylan decorated the beach with candles and was eagerly waiting on the beach as Deanne and I flew overhead coming in for a landing. Both the pilot and I could not help but smile and do everything in our power to contain our excitement as we could see Dylan as we finally touched down on Mazinaw Lake.

As the pilot beached the plane on the shores of Bon Echo Provincial Park, Deanne stepped out of the plane and saw Dylan for the first time. She gave him a confused, but happy ‘What are you doing here?!’ and gave him the biggest hug. Dylan took Deanne’s hands in his, spoke the most beautiful words to her and then dropped down onto one knee into the sand and asked her to marry him. Of course she said yes!! We spend the rest of the evening watching the sunset in Bon Echo, documenting their love for each other along the sandy shoes of Mazinaw Lake and celebrating with them!

This float plane proposal in Bon Echo Provincial Park was truly one for the books. Everything about the day went perfectly from the weather, to the fall colours and the timing of the entire proposal was just right. As the sun began to set Lea and I got back in the plane to return to Billy Bishop Airport in Toronto and left Deanne and Dylan to spent the night in a beautiful log cabin in Bon Echo. 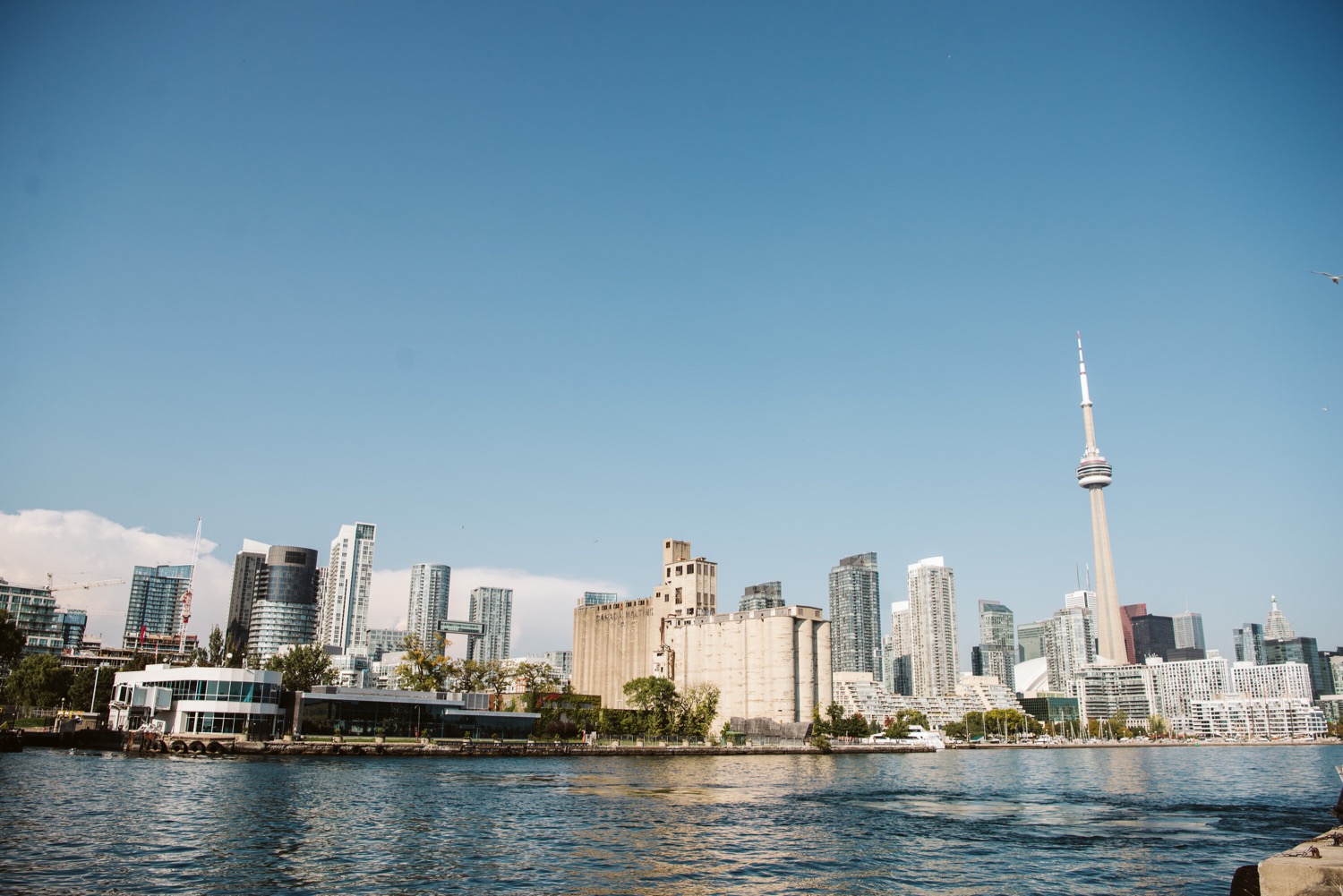 Are you thinking about proposing to your partner or would you like to see more proposals like this float plane proposal?  Check out my roundup of Best Proposal Locations in Ontario!

GET IN TOUCH WITH NICOLE

If you loved this proposal make sure to check out some other awesome galleries! 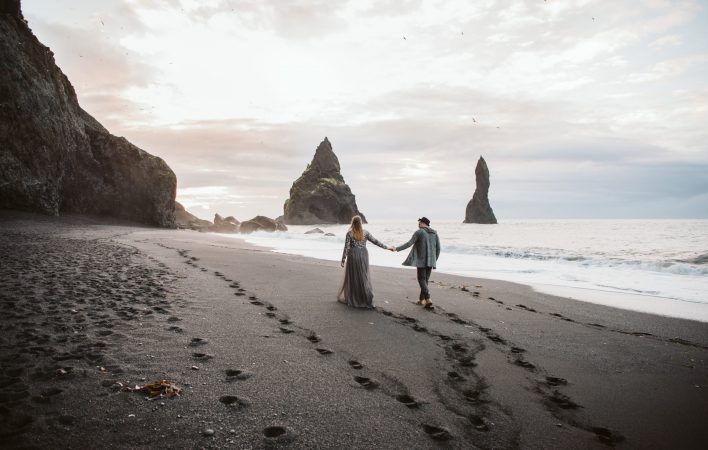 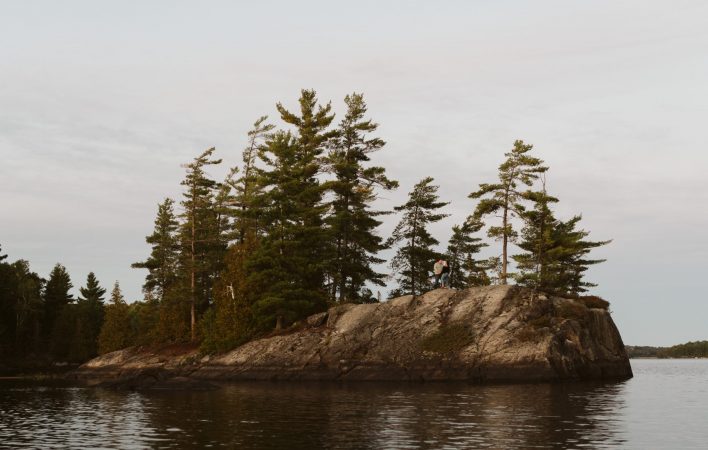 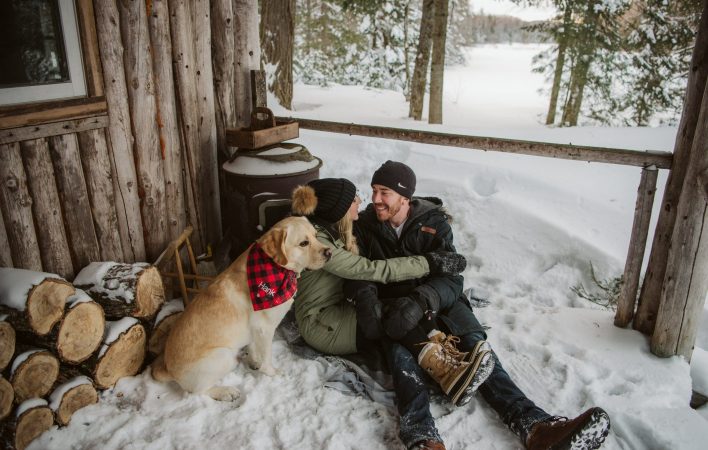 Wow! The water boat is Dang unique! How beautiful is this session is! I DEFIANTLY would have questioned it as well but so cool that it all worked out perfectly!

I have never seen anything even similar. What a fantastic guy who is proposing with such a style!!!! Really lovely adventure and these photos are just insane!

Seriously?! What a legend! This is the most amazing proposal plan! So, so beautifuL, and you’ve captured it perfectly! Also, gotta say I agree with you & Tara haha – I definitely would have questioned it! hahah

Oh my goodness!!! I have butterflies from reading this post and seeing all the photos with it!!! What an incredible proposal you captured, and what an incredddddible surprise he planned!

Oh my goodness – this proposal looks like a total dream. I love the colors and reflections!

Wow! Talk about one of the most epic proposals ever! You can see so much beauty from the air. I’m sure this will be a day for these two to forever remember! This proposal at Bon Echo went off without a hitch!

Wow, what an amazing day and beautifully captured!! I love how meaningful the location was to them and all the thought that went into planning the day! What a dream!

So pretty and such great planning! It’s amzazing that Deanne fell for the contest and took the float plane tour without her partner!

Thank you Tara!! It was so amazing she never really questioned it, because I totally would have! Was such a perfect day!

- REPLY
@nicolealexphotography
BACK TO TOP