There is nothing better than being able to elope in a place that is so special to you and for that is the Rocky Mountains for Shea and Alex. They had just recently moved out to Alberta and we were planning their elopement back in Ontario, but with COVID restrictions they could not return to their home province so we began to brainstorm. I asked them what their favourite place in the world was and they immediately said the mountains. So, I said, let’s go to the mountains - which led us to this beautiful Golden BC Waterfall Elopement.

We planned an incredible day that was filled with all their favourite things and planned a route to a few different spots that would give them all the unique views you can find in British Columbia! After a few months of planning, I hopped on a plane and joined them in British Columbia just outside of Golden. They had rented a log cabin and invited a few friends out to join them in their elopement, and I arrived and met them for a very early start time of 3am to catch the sunrise for their BC waterfall elopement.

After everyone finished getting ready, we all jumped in a car and drove to Takakkaw Falls where they shared their first look — it was one I will never forget. Tears were shed as they read their handwritten vows to each other, surrounded by mountains seemingly covered in mist.

Here’s a fun tip: If you want personalized vows but don’t want anyone else to hear you, read them by a waterfall.

Afterwards, I had found the most beautiful ceremony spot for them near the river the day prior with the powerful waterfall in the background and it made for one picture perfect backdrop. That is one of my favourite things about eloping is we can choose almost anywhere (within reason following LNT practices and staying within any guidelines the area has laid out). They popped a bottle of champagne and shared snacks with their loved ones before the rest of the group dispersed so Shea, Alex and I could wander the valley and head over to the base of the falls.

I am all about encouraging my couples to push their boundaries and do what they truly want when the moment is right. On this particular moody and mystical day, I thought it would be fun to get them near the falls for a photo. My goodness, was it ever beautiful. Alex helped Shea up on top of a large rock, and the spray of the falls showered them with a gorgeous glow.

They might have gotten a little wet, but they didn’t care. After drying off and wrapping themselves in blankets, we went for a little picnic filled with all of Shea and Alex’s favourite foods. They shared a massive charcuterie board with the rest of their friends ones before hopping into a canoe at Emerald Lake Lodge. Shea and Alex love canoeing and wanted to bring their adventurous selves into their wedding day, exploring Emerald Lake for over an hour.

Despite getting married in the midst of extreme wildfires, the day couldn’t have been more perfect. It added a mysterious and magical feeling to the day, confirming that no one can ever know the true depth of the love two people share. Enjoy this beautiful day of Shea and Alex's BC waterfall elopement! 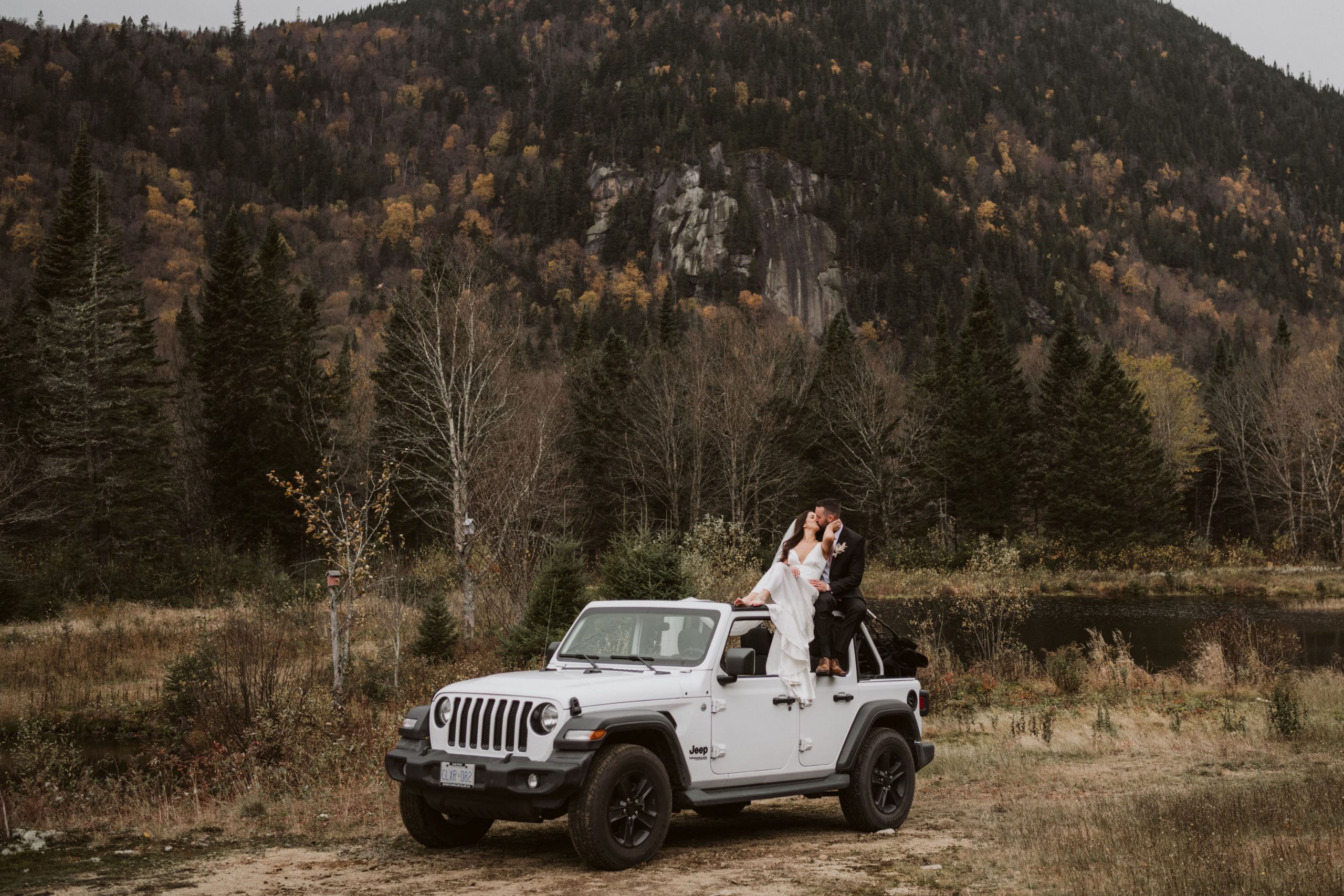 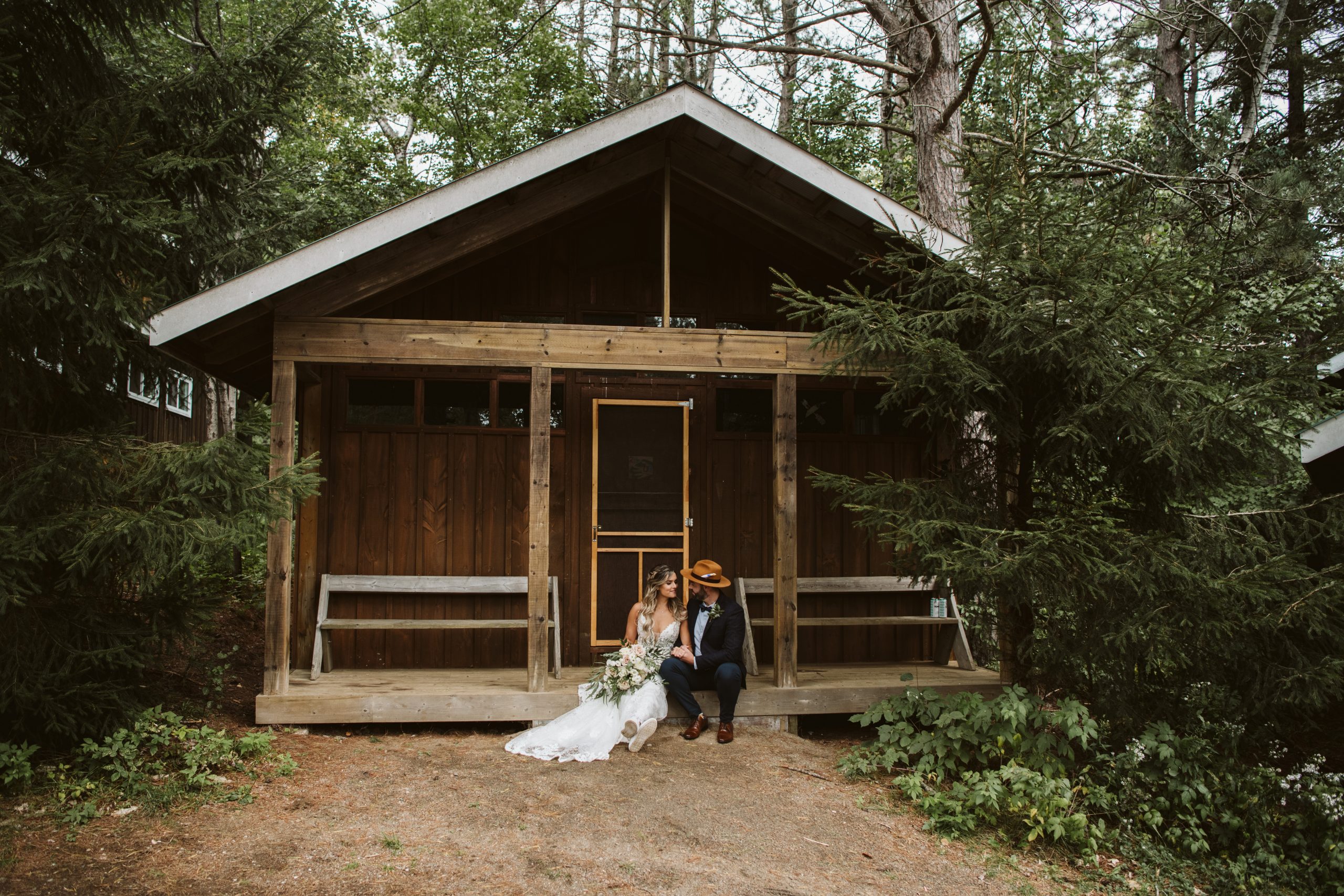 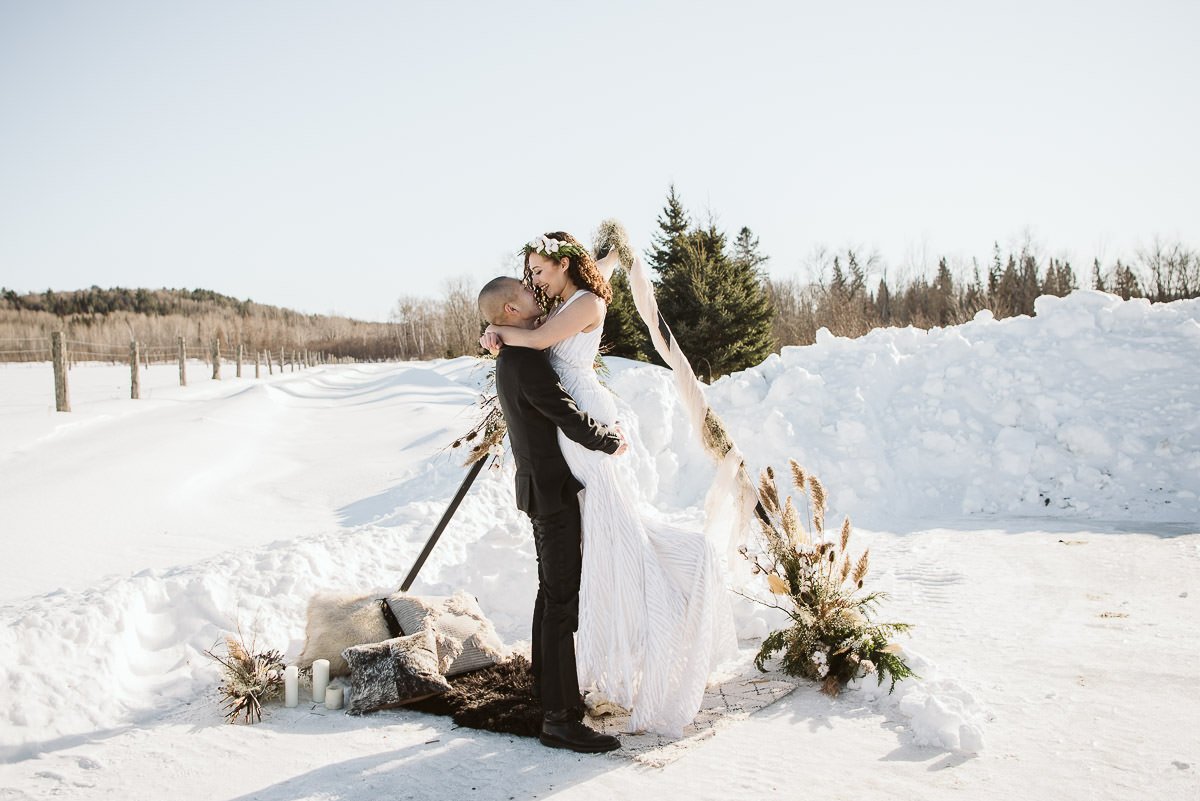